Acura TLX A-Spec is one of the most impressive cars 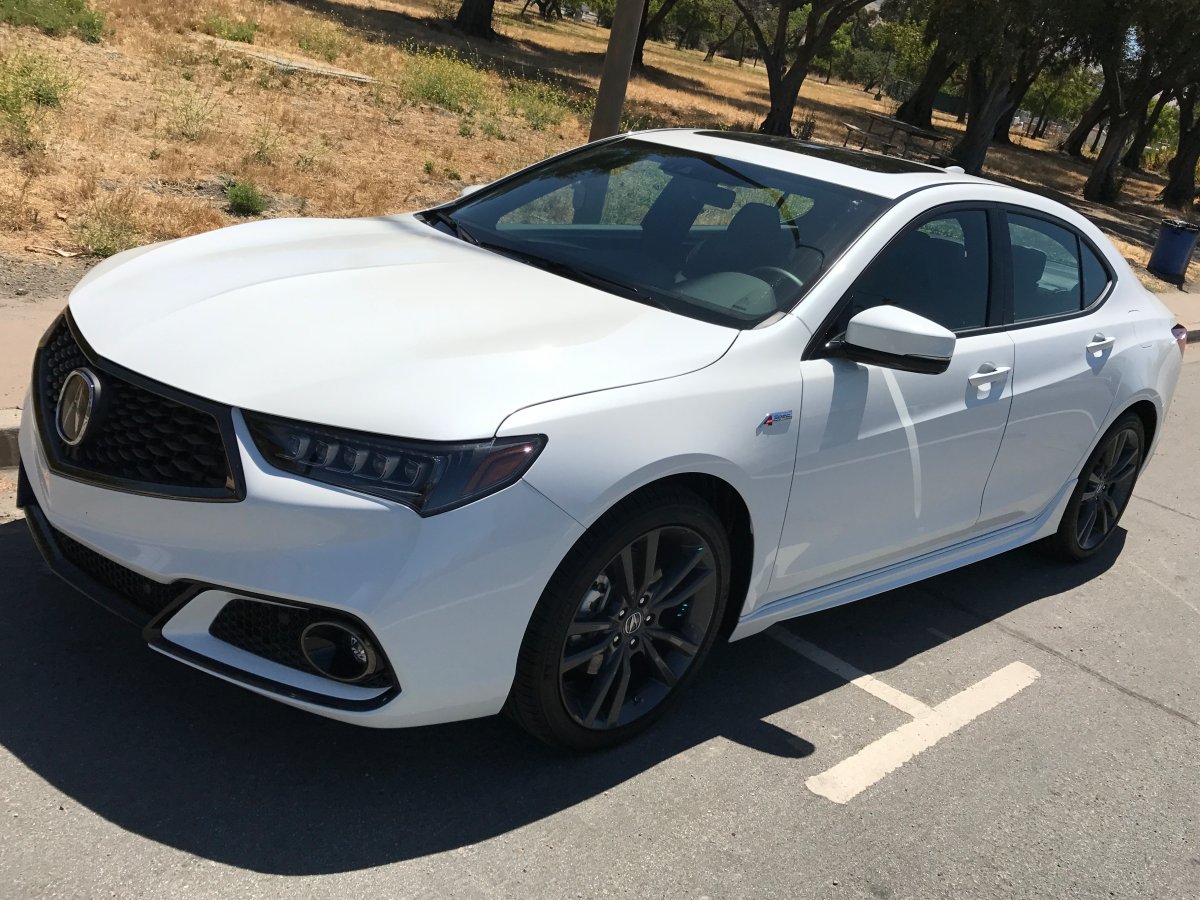 Sometimes, a really great car just kind of sneaks up on you. Several years ago, Acura (Honda's luxury division) rolled out a new version of its TLX sedan, a mid-size BMW 3-Series fighter.
That's no easy task; everyone selling a mid-size luxury sedan has been unsuccessfully fighting the 3-Series for decades. But the TLX was absolutely necessary to keep Acura competitive in the segment. That said, everyone also knew that the almighty BMW wasn't going to be dethroned anytime soon, if ever.

Enter the TLX A-Spec, which I recently borrowed to test out. I drove a well-optioned 2018 that came with all-wheel-drive and stickered at $45,750. (Interestingly, I sampled the Acura in and around Fremont and San Jose, CA, when I was also checking out the launch of the Tesla Model 3, the all-electric mass-market car of the future).

It would be a sad understatement to say that I liked this car. I've always been an Acura fan - even though Honda doesn't do rear-wheel-drive and therefore has a tough time against BMW, Mercedes, and Lexus, who do. The brand's cars and SUVs are exceptionally well-done, with reasonable performance, great reliability, and fantastic Honda engineering. My TLX had a brilliant 3.5-liter V6 under the hood (Honda makes superb V6's) and all the go-fast upgrades that earned it the A-Spec designation.

The TLX replaced the TL in 2015 and was quickly greeted with the usual sighs about how Acura is never going to top the Big Four luxury automakers: Mercedes, BMW, Lexus, and Audi. Along with Infiniti (Nissan's luxury brand), Acura has long strived to replicate Lexus's achievements, but of the Japanese carmakers, only Toyota has truly cracked the luxe code.

This is a misplaced lament. Acura has been around since Ronald Reagan was in the Oval Office and over the decades has sold many vehicles, including the much-loved Legend and Integra. The brand has its own thing going, and in my view, it's different from Lexus's "Don't think about it" approach toward luxury and the Germans' focus on driving performance.

I gave some serious thought to buying a used luxury sedan a few years back - certified pre-owned luxury cars are great deals - and Acura was my first stop. Yes, rear-wheel-drive is nice, but if you're mainly going to be navigating freeways and urban/suburban roadways, you don't really need it, and having to send power to the back wheels adds mechanical complexity.*

Acura's solution is to use its front-wheel-drive platforms to host AWD technology. You either buy this or you don't. And as Acura once pointed out to me, Infiniti's decision to go RWD hasn't really helped it to conquer the BMWs and Mercedes of the world.*

Ultimately, you're getting a much nicer Honda in the bargain if you go for an Acura like the TLX. If that sounds like a compromise, it isn't, unless status ranks higher than common sense. Hondas are a superb baseline; Acura's are better.

Acura took it a little too far in a flashy direction with its prior front-end design, alienating some owners who have always liked the brand's sharp but non-Germanic looks.*

Honda's overall problem with design had been that decades of competence had suddenly become boring. So Acura overreacted and has now retreated.*